If your child has infant brain damage or hypoxic brain injury, we can arrange for a highly experienced birth injury lawyer in Halifax 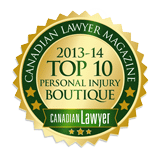 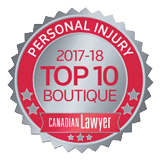 Some of very significant complications can happen during childbirth and, as a result, some children incur traumatic brain injuries. These brain injuries can lead to conditions including cerebral palsy and hypoxic ischemic encephalopathy (HIE), which cause significant complications and difficulties in the child’s life. The symptoms of cerebral palsy include difficulty walking, seizure, learning disabilities, a lack of muscle control, and vision issues. The symptoms/effects of hypoxic ischemic encephalopathy similarly include developmental delays, epilepsy, cognitive difficulties, delays in developing motor skills, and delay in neurological development.

There are several reasons why infants may be deprived of oxygen or incur trauma to their brain during the process of childbirth. These include:

If cerebral palsy or HIE is properly screened and diagnosed right away, referrals for developmental and medical evaluations and early intervention or early childhood services can be impactful. Certain therapies (e.g., hypothermia therapy within the first 6 hours of age for moderate-to-severe diagnosed HIE in newborns who are ≥  36 weeks gestation) have been shown to improve neurodevelopmental outcomes and lessened the severity and extent of cerebral injury on magnetic resonance imaging.

Newborns are the most vulnerable patients in our medical system, and require the attention of skilled medical professionals to monitor their health and to intervene when issues arise.

Infant brain damage arising from medical negligence can happen from:

Infant brain damage is typically diagnosed by observing the telltale symptoms along with either an MRI or a CT head scan. Wile in some cases, the damage may be immediately apparent, in others assessing the extent of brain damage caused by infection, trauma at birth, or other conditions may not be possible until the child ages and either does not meet certain developmental milestones, or is compared at school age with his or her peers.

Medical malpractice cases, particularly involving neurological damage, are complex and require legal expertise. The Medical Malpractice team at Wagners is experienced and provides compassionate and quality representation to patients who have been harmed by medical negligence throughout Nova Scotia, New Brunswick, Prince Edward Island and Newfoundland and Labrador.

If you or a loved one has experienced inadequate or substandard medical care that has led to serious harm, contact Wagners to discuss your legal options.

Are there Grounds for a Malpractice Lawsuit?

Succeeding in a claim for malpractice requires the plaintiff to prove, on a balance of probabilities (in other words, more than 50 percent likely), that the treating physician was negligent in his or her care and decision-making. This requires showing that the doctor breached the standard of care. The standard of care is defined by the opinion of experts in the field as to what should have been done in the circumstances, or the “industry standard.” The plaintiff must also show that the specific alleged breach of the standard of care was causal of the infant’s brain injury.

What is considered proper medical treatment in accordance with industry standard can often be a very difficult question, as can navigating the facts surrounding which of the doctor’s actions, if any, actually caused the infant’s brain injury.

How a Lawyer Can Help

Lawyers specializing in birth injuries are well-suited to recognize where a case can be made that a doctor used bad judgment, and show how his or her behaviour departed from the industry standard. While doctors are often well-represented, and there may be disagreement between experts as to the propriety of a doctor’s conduct, a settlement may be reached in appropriate cases, short of taking the matter through a lengthy, expensive trial.

In cases of serious disagreement regarding liability or the appropriate amount of compensation, a trial may be necessary. Even if a trial is scheduled, a settlement may be reached at any point in the time period ahead.

It should be noted that where a child is the plaintiff in a lawsuit, and his or her wellbeing is therefore at stake, there are laws in place to ensure that a settlement is fair and just. The child and his or her family’s lawyer must submit information about the facts of the case and the proposed settlement to the court for approval. A judge will read the written submissions and hear the lawyers’ submissions to ensure that the settlement is fair and non-prejudicial to the child, and that the amount allocated to the parents, if any, is also fair and just. Below are a couple examples of court-approved settlements in infant brain injury cases:

An example of a court-approved settlement in an infant brain injury case is that of  Saulnier v. Tynski, 2009 NSSC 262 (CanLII). In this case the plaintiff, represented by Raymond F. Wagner, claimed cerebral palsy was caused by malpractice at birth. The medical experts disagreed as to whether the doctor’s conduct amounted to a professional error. However, a settlement was reached that at least to some extent accounted not only for the child’s suffering, but also for practical expenses incurred by the parents in the course of raising a child with cerebral palsy. The court approved the settlement that the plaintiff and defence agreed to.

In Wade v. Burrell, 2011 NSSC 60 (CanLII), the court approved of a settlement exceeding $1.4 million in a case of malpractice causing cerebral palsy at birth. In that case, the lawyer’s fees were at issue, and were reduced by the court in accordance with the principles of fairness. The court recognizes that while lawyers must be fairly compensated for their diligent work in prosecuting a case, larger settlements may require a second look at a lawyer’s contingency fee arrangement.

The public can rest assured knowing that in these sensitive cases involving infants and children, the court has the ability to ensure that both the settlement and the lawyer’s fees are reasonable and that the infant or child is fairly compensated in the circumstances.

Do You Have a Claim?